Subscribe
Parenting With Rabbi Ackerman
Rabbi Yitzchak Shmuel Ackerman, LMHC
Click here to view my clinical profile
When a parent tells me that she is overwhelmed, I usually say "That sounds very difficult. What do you do when you're overwhelmed?"
Subscribe to this blog to get the latest updates emailed to you Subscription complete
Open reader view What Does Chanoch l’Naar Al Pi Darcho Mean?
Rabbi Yitzchak Shmuel Ackerman, LMHC
November 3rd, 2019 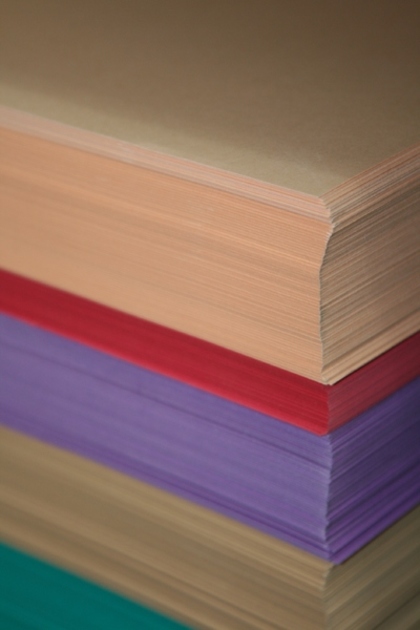 Chanoch l’naar al pi darko, gam ki yazkin lo yasur mimenu” – Train the youth according to his way, so that even when he ages he will not deviate from it. (Mishlei 22:6)

That is one of the ways to translate and understand this pasuk in Mishlei.  It means that once you have trained a child in a certain way he or she will maintain that way throughout his or her entire life.  The catch is “a certain way.”  What does that mean?

Does it mean that you teach every child a certain curriculum of middos tovos when he is very young, Torah she’bechsav when he is a little older, then Torah she’baalpeh and hashkafah and then you can be sure he or she will hold on to all that you’ve taught them?

Or does mean that you have to teach them all of these things in “a certain way” that speaks to them, that penetrates their hearts and their minds, and then you can be confident that they will stay on that path?

According to the Malbim, it is clearly the latter.  “[A] child should be educated ‘according to his way:’ for everyone has his own mental ability, talents and propensities, which can be recognized and should be respected. Then his education will be a lasting one.  Any training that goes against a pupil’s nature will not be longlasting [sic].” [Malbim on Mishlei, Feldheim, 1982, p.229, n. 6]

The Metzudas Dovid makes a similar point.  He explains that the posuk means that you need to “lead a child to avodas Hashem according to his wisdom, whether it is little or large.  Once the child has become accustomed to avodas Hashem [in his youth], when he grows older he will not turn away from it because he will strive to understand the value of it.”

Unless he was turned off to it at the beginning because it was presented or imposed in a way that was unpleasant for him.

The Vilna Gaon has another approach to the expression al pi darcho.  The Gra understands darcho to mean “inherit tendencies.”  “A person cannot break his derech, that is to say the mazel he was born with.”  He goes on to explain that a person born with a nature that drives him to shed blood nonetheless can become a tzadik, bainoni, or rasha.  If he is guided to become a mohel, he will do mitzvos using his inborn mazel and he will be a tzadik.  If he is taught to become a butcher, he will again be working within his mazel, this time as a bainoni.  If left unguided, he may become a criminal, using his mazel in a way that makes him a rasha.

The Gra warns that if you try to break a child’s derech and force him into yours, he will listen to you while he is afraid of you.  However, as soon as he is out from under your yoke, he will abandon all that you’ve imposed upon him and return to his mazel.

The implication is that this child will return to his mazel without having been guided on how to live his life using that mazel the right way.  Perhaps that’s how, lo aleinu, children end up going the wrong way.

But B”H the vast majority of our children go the right way, even if they did not receive the proper chinuch al pi darcho when they were young.  It just makes their lives more difficult, as Rabi Elimelch mi’Lizhensk explains in Noam Elimelech:

“Moshe said, ‘with our young ones and with our elders we will go, with our sons and our daughters, with our flocks and our cattle we will go, for it will be a chag to Hashem for us.’” Shemos 10:9

“At the simchas bais ha-shoavah there were some who said ‘we are happy for our youth did not cause us shame in our old age,’ and there were others who said ‘we are happy for in our old age we can atone for our youth.’ [based on Succah 53a]”  The Noam Elimelech writes that the elders who had to atone for the ways of their youth felt ashamed.  This is what chanoch l’naar al pi darcho means.  Guide a child into the ways of Hashem when he is young so that he will not have to change his ways when he is older, for that is hard.  This is what Moshe Rabenu meant when he told Pharoah, “with our young ones and with our elders we will go.”  We will go in kedusha when we are young and when we are old.”

This interpretation of chanoch l’naar al pi darcho is brought by the Malbim as well.

“[T]he parent is urged to begin educating his child early in life to moral and spiritual values; for the impressions of childhood are imprinted deep in the psyche and have a much stronger effect, even into old age, than later impressions.” [Malbim on Mishlei, Feldheim, 1982, p.229, n. 6]

The Degel Machaneh Ephraim (Parshas Chayei Sarah, s.v. oh yomar) brings an allusion to this understanding of chanoch l’naar al pi darcho as referring to teaching a child when he is young from the words m’pnei saiva takum (Vayikra, 19:32), interpreting them to mean, “Rise up before you are old.”  [Cited in Noam Elimelech, Pa’air MiKadoshim edition, 5774, page 235, note 17]

With all of its meanings, chanoch l’naar al pi darcho is one of the most basic and often the most difficult yesodos in chinuch habanim.

It is basic because it is necessary for successful chinuch.

It is difficult because children don’t come with a tag identifying their derech in limud and hadracha, informing their parents how to best to reach them.

Children put through the wrong chinuch, may, chas v’shalom, never recover their ruchnious, although we must never be m’yai-aish on a child.

The best way to learn your child’s derech is to be curious, accepting, and observant, and by being a good listener.  Ask questions and learn from your child.  Then, teach him.